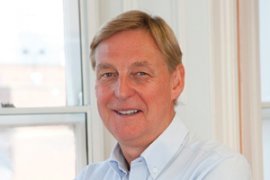 Hays Travel Independence Group has posted a 29% year-on-year rise in sales for the 12 months to March 31, as it celebrates its 20th year of operations.

Speaking ahead of the consortium’s conference in Birmingham on Wednesday, managing director John Hays said the increase was being maintained and was in line with the overall performance of Hays Travel.

“When it was established in 1995, Hays IG was the first managed agency consortium to be established and was unique, ” said Hays.

“The idea was to give agents the benefits of being part of a large travel industry organisation while maintaining their independent status, which seemed like a funny prospect at the time.

“We now have the largest independent travel retail network in the UK and are still nimble on our feet. I consider ourselves to be more of a speedboat than a tugboat – we are always moving forward.”

Hays hinted at expansion, saying there were “one or two things on the go”, but was reluctant to expound before details were finalised.

Hays IG has more than 100 members, including Travel Designers, whose managing director, Amanda Matthews, was set to speak at the conference about growing her business from scratch.

“I take huge pride in seeing our members come up with ideas and them becoming a reality. Amanda went from having a big job [she was managing director of Travelcare at The Co-operative Group] to building her own successful product with homeworkers, ” said Hays.

He said members of the consortium reflected the diversity of their customers.

“We’ve got a diverse membership – online, in retail and with our homeworkers – who can all relate to our clients, ” said Hays.

Is it possible (and legal) to travel independently, without a tour group to Tibet? | Yahoo Answers

Sorry can't do. You have to have a travel group. And most foreigners will get the 5-star treatment but it does feel like a cage for only foreigners.
But the only thing that you can do is have a travel group license which I did since my paps has connections to some of the lower-level Tibetan Chinese government officials. But I do feel someone is watching you from every step.
Bring medicine to calm yourself through the high altitude. Don't jump around, run, etc or you will feel nauseous and light-headed. Don't shower at the first day. Shower rarely. Don't drink too much or your stomach …