You’re doing it wrong: Why you should travel to Eastern Europe as well as the West 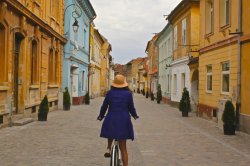 Anyone who has ventured off the beaten path into the ‘other’ side of Europe will know first hand just how strong the contrast remains to be between the East and the West. Sure, the likes of Paris, Rome, Amsterdam and Zurich are beautiful…. but they’re only half of the picture.

Over in the East lies some of the most incredible history, culture, traditions, art, castles, architecture, people…… the list is truly endless. Here’s why you should travel to Eastern Europe as well as the West…

Meet the People of the East

Contrary to popular belief in the West, Eastern Europeans are friendly, warm, and incredibly hospitable. For travellers who have ventured into the East, it is widely known Eastern Europeans are renowned for being some of the most hospitable people in the world – openly welcoming you into their homes to try traditional cuisine, understand their customs, and genuinely wishing to ensure you enjoy your time in their country.

While it’s not as cheap as it was in the 90’s, it is still very cheap to visit Eastern Europe – especially in comparative terms. Just be aware there are a few exceptions to the rule – particularly Moscow, as it has been named one of the world’s most expensive cities.

The experience in the East is much more authentic for travellers as there are less crowds and less people coming here (at least for now), meaning it has been subjected to mass tourism as yet. This ensures a more authentic experience in every way possible – from the moment you arrive until the moment you leave. This also means a few more challenges along the way – for example don’t expect every sign to be in English – but THAT is what makes it such an amazing, authentic experience.

The elusive term itself has been used to describe many places around the world – but Eastern Europe is no exception. If you want to see clear open land, rolling hills, impressive (and cheap) ski slopes, head over to the East to pay just a fraction of what you would elsewhere in Europe. 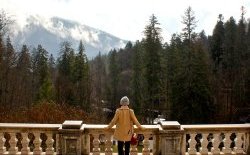 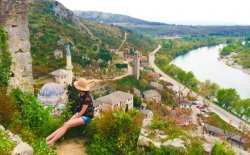 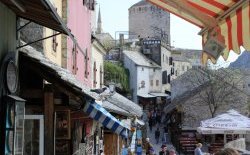 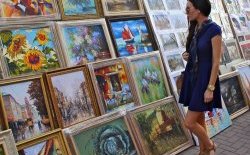 For travel in the Balkan area there is also the Balkan rail pass to consider. It is a better option than Interrail in this part of Europe.
I probably would fly to Istanbul (should be less than 120 GBP one-way right now from London via Berlin or Hannover), take the train all the way up to Bratislava and fly home from there. For cheap travel without a pass buy a ticket from Istanbul to Arad (Romania), it is an international ticket and thus valid for 90 days. You can hop-on, hop-off along the route as much as you like.
A good calculator for train prices in Eastern Europe is jizdenka.cz

@Amy: My propensity for missing trains in SF makes me question my ability to travel by rail through Eastern Europe. #alwayslate Wed, 14 October 2015 05:06 PM