Trips for Families With Teenagers 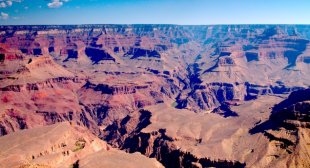 Long days on the road leave plenty of time to open up.

Wickham Boyle and son Henry, at the start of their road trip

Teenagers, and especially teenage boys, don't exactly go begging to hang out with Mom for a week straight. So when my 16-year-old son Henry brought up the idea, I jumped at the chance to spend time with him and only him.

Henry had just spent the year away from our New York City apartment, living with his tennis coach in Los Angeles and seeing if he had what it takes to compete on the junior circuit. It was a tough year for him; he was plagued with injuries and finally stopped playing. In the midst of disappointments on the court, Henry discovered a new passion: American history. Something clicked, and suddenly the struggles, people, and events he had been reading about seemed more than just stuff he had to learn for school. Henry wanted to find out more about the U.S., hence the request for a cross-country road trip on the move back home.

Over the years, I had found it increasingly more difficult to connect to Henry than to his older sister, Wilson. We gals could yap away about clothes, relationships, or social justice, and laugh or fight with equal abandon, but Henry rarely seemed all that interested in sharing. "You wish you had two girls, " he'd say when pushed about giving us the silent treatment. "Two chatty girls."

In the hope of finding out more about my son-and scoring major points as a cool mom-I let Henry plan the journey. He researched the routes, chose whatever detours caught his fancy, and was free to blast hip-hop by Shyne and Jay-Z. Before entering his world, I made two requests: I wanted to visit my 90-year-old father in Durham, N.C., and for the duration of the trip, we wouldn't eat in a single fast-food restaurant.

Henry had his driving permit and was excited to pilot our giant rented SUV, which we dubbed the Dinosaur. It got awful gas mileage, but was perfect for hauling home a year's worth of detritus. The day after school ended we hit the road, heading east with the Dinosaur full of dirty laundry, far too many sneakers, five tennis rackets, loads of books and CDs, and a not-so-miniature minifridge.

The hillsides in the desert just beyond L.A. were covered with hundreds of high-tech white windmills. Their metal arms whipped in furious circles, and when we got out to switch seats, the wind they created nearly blew me off my feet. "The windmills are really cool, " said Henry as he slowly navigated the dusty road. "My generation is going to face terrible shortages. I'm afraid we won't be able to drive or do anything because the resources will all be used up." I'd somehow forgotten how much I loved this kid.

We arrived at Joshua Tree National Park as the sun began to dip. On a hike to a promontory that we called "the thumb" (Keys View on the park map), Henry ran ahead, arms and fleet feet pumping up and down rocks. I arrived on top a little later, catching my breath as Henry pointed out a tiny deer mouse eating seeds in the nook of one of the eponymous Joshua trees.

@Travel Italian Style: A2 I like to get friends and family small but fun gifts that are easy to take home! Postcards, stickers, jewelry, etc! #TRAVEX Wed, 7 October 2015 09:09 PM