The 11 people you meet at every tourist hot spot 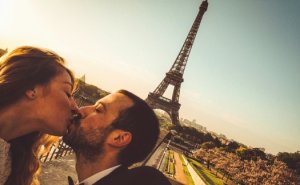 Most often found at theme parks and beaches, this likes to travel in packs. They are quick to request family photos and, before you can tell them to say cheese, they will systematically arrange themselves by height like a team of synchronized swimmers. When in quieter settings like museums or monuments, the younger members of these units may get fussy. Nothing adds to the ambiance of the Louvre like a crying child throwing a tantrum on the gallery floor. Now, we may finally know what the Mona Lisa was thinking.

You will find this rare breed reading the placard in front of every monument, museum and McDonald’s they come across. Did you know they stopped counting the number of burgers sold when they reached 99 billion and that the arches were incorporated into the fast food chain’s logo in 1962? This classic arm-chair traveler has read up on their destination extensively and no longer needs a guide book to spout facts and figures. Alas, despite their knowledge, they will not pass up an opportunity to read from museum signage. 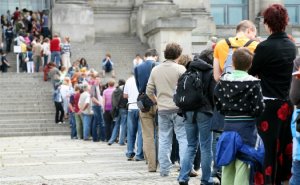 You may find a collective of unaware tourists slowly tacking on to the end of their group, believing themselves to be on an impromptu guided tour.

The Selfie Stick in the Mud

Many attractions like ‘s Disney World, the National Gallery in and 19 Smithsonian museums have already banned the selfie stick, which will limit the number of places you can run into this controversial and unwelcome specimen. Like smokers, they are being slowly weaned from populated areas. And for good reason. Wielding a selfie stick can be a dangerous game, especially when their primary concern is fitting their entire squad in the frame and not so much innocent passersby. If you are one of the unfortunate souls traveling with a Selfie Stick in the Mud, you will spend much of your time waiting for them to get just the right shot. If only there was an easier way to take a photo with multiple people in the picture.

Maybe suggest an alternative: other people – the original selfie stick.

Some say the couple that travels together stays together, but if you run into this attached-at-the-lips twosome, you may want to keep your distance. You can find them, taking selfies at the Eiffel Tower or sitting on the same side of a booth sharing a single strand of spaghetti. They might think there is no such thing as too much PDA in the city of love – but from your vantage point, that’s debatable. They may approach you with a request to take their photo. And they will gladly tell you where they met, how long they’ve been together and how many kids they plan to have. It doesn’t matter that they don’t know you and that you didn’t ask. 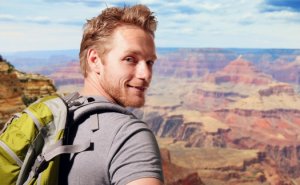 There are many subsets to this tourist attraction staple. They range from high school students on a class trip who barely rolled out of bed in time to make the bus to Versailles to seniors on a cultural tour rearing to go with laminated itinerary in hand. The one thing they have in common is that they will make their presence known. The tour group will invade an attraction, pulling up in a bus, often led by a Wayfaring Fact Checker type carrying a long umbrella rain or shine. If you end up on a guided tour with one of these factions, plan accordingly. Expect longer restroom lines, a number of repetitive questions and frequent pauses to track down easily-distracted teenagers who may have a tendency to wander off.

How To Get The Cheapest Flights Every Time

How to Travel for Cheap

@Amy: My propensity for missing trains in SF makes me question my ability to travel by rail through Eastern Europe. #alwayslate Wed, 14 October 2015 05:06 PM