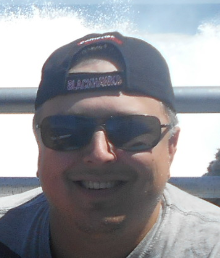 “Airfare wars” — where one airline launches a massive sale and forces others to lower fares or lose market share — are more or less a relic of the past, now that more than 80% of domestic air travel is controlled by four airlines. Three of the so-called Big Four (United, Delta and American) generally just selectively match sale fares from the fourth (Southwest). And, despite its reputation as a low-cost carrier, Southwest rarely launches aggressive fare sales any more.

Rarely that is, until today.

In a new 3-day sale launched on June 2, Southwest is offering flights for $49, $99, $129 and $149 one way on most routes for travel in late summer and fall (Aug. 25 – Dec. 16, with some blackouts around holidays). These fares are $20-$25 each way cheaper than their usual sale fares. Southwest does this a couple times a year, and it’s a second Christmas for those of us that love to fly, but hate to pay retail.

(Editor’s Note: The Southwest sale was so popular that it crashed the site. The airline extended the sale one day, until June 5.)

1. Be flexible on your dates. Maybe one week is $400 roundtrip for your dream trip, but the following week is $250. A little flexibility goes a long way toward keeping your travel on budget. I love to use the fare calendars in our Today’s Best Fares section to highlight when I can save the most on my trip.

2. Try to fly at least one leg on a Tuesday, Wednesday or Saturday. These are the days of the week planes are least full, and so these are the days that most sales target with the lowest fares. By contrast, Friday and Sunday flights are rarely discounted.

3. Consider alternate airports. For example, JetBlue flies to Long Beach instead of LAX — so if you can fly into the LBC, you might save as much as $50-$100 on the flight. Consider the same for Chicago (Midway or O’Hare), New York (JFK, La Guardia, Newark — or for the adventurous Westchester County (HPN) or Trenton (TTN), the Bay Area (San Francisco, Oakland, San Jose), Dallas (Love or DFW), Houston (Bush or Hobby), South Florida (Miami, Ft. Lauderdale or West Palm Beach), Washington, D.C. (BWI, Dulles or Reagan National).

4. Fly early. The early bird gets the best deal. The first flight out in the morning is often the cheapest of the day — and it’s the most likely one to be on time.