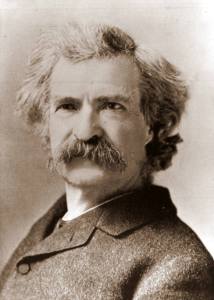 If all you know about Mark Twain comes from a cursory perusal of Tom Sawyer and Huckleberry Finn from way back in your high school days, you’re rather tragically missing out. The man is responsible for a full 1% of all historical witticisms thus far produced by the human race. The fact that he looks like a drunk version of Albert Einstein is just an added bonus.

But the man was also a big fan of travel, galavanting around the world in his heyday like a somewhat-more-modern-day version of Marco Polo, but likely consuming vastly greater amounts of alcohol throughout the process.

And, being the savvy wordsmith that he was, Mark Twain has been credited with one of the most memorable and inspiring travel quotes of all time:

“Twenty years from now you will be more disappointed by the things you didn’t do than by the ones you did do. So throw off the bowlines, sail away from the safe harbor. Catch the trade winds in your sails. Explore. Dream. Discover.” 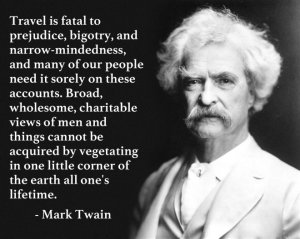 Too bad he never said it.

Even I was fooled. But in retrospect, it’s obvious. It’s not a Mark Twain quote. It can’t be. No one’s getting insulted by it! And this isn’t the only time Twain has been misquoted.

So where’s it from? Who was ingenious enough to grace the world with such lyrical beauty, to bestow upon the globe such inspirational poetry, that galvanizes the dreamers into embracing a life of ever-so-fleeting wonder?

The earliest known appearance is from an author named H. Jackson Brown, Jr, in the book PS: I Love You, published in 1990. But this was just a book of inspirational words of wisdom, without necessarily providing or knowing the origins. A few newspapers (and even a video game) misattributed the quote, and here we are today. Check out the discussion here for details on how it all went wrong.

The Philosophy of Germany Top Travel - Quotes by Mark ...

Why you must travel the world - Mark Twain quote
Related Posts