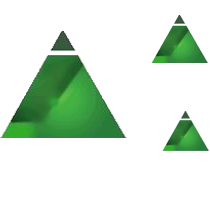 What is a bane for energy stocks might just be a boon for the travel sector.

According to the EIA (U.S. Energy Information Administration), average gasoline prices per gallon declined to around $2.78 in the beginning of Dec 2014. This reflects the lowest level for gasoline prices since Feb 2010.

A further drop is expected and prices are expected to hit around $2.60 per gallon in 2015. This came from a slump in crude oil prices which is currently trading at $49 per barrel down from $100 around July due to oversupply.

Gasoline prices are dependent on four factors: crude oil price, taxes, refining costs and marketing and distribution expenses. According to The Association for Convenience & Fuel Retailing, or NACS, crude oil costs account for about two-third of gasoline prices. The worldwide demand and supply for crude oil is a major factor in deciding gasoline prices.

According to AAA, almost 98.6 million travelers journeyed 50 miles or more from home during the year-end holiday season between Dec 23 and Jan 4. This reflects a 4% increase from the last year and the highest forecast growth rate for the number of year-end travelers since 2009.

With the U.S. economy on its way to recovery and increasing consumer confidence, more Americans are taking vacations. Further, declining gas prices has been an added incentive for consumers who are benefitting from a much-improved job market and consistent wage increases.

While the declining gasoline prices will favor the travel industry as a whole, we present three such stocks with a favorable Zacks Rank that likely made the most of this positive development.

The cruise industry is directly benefitting from lower energy prices in addition to the rebounding consumer spending toward the end of 2014.

@eleisha: I wonder if artists/youtubers realise how frickin expensive travel is eg my city to London can cost upto £90 just for a single:/ Wed, 14 October 2015 08:33 PM

@Lord_Sugar is that horrible little cafe anywhere near your boardroom at all?? Or did they travel across London for that conversation Wed, 14 October 2015 08:46 PM