The best places to travel alone 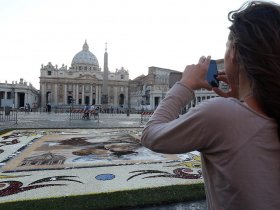 Here are the best places to visit solo

The idea of exploring the world alone may be intimidating to some, but research shows that travelling solo is about to become increasingly popular.

According to an analysis of 100, 000 holiday bookings by travel inspiration website 101 Holidays, holiday companies that run group tours in the UK and abroad are reporting that 35 per cent of their clients are single travellers. That figure is expected to increase to 38 per cent based on advance bookings in 2015.

Solo travelling is most popular with women, the research has also revealed, as 58.3 per cent of single travellers were reported to be female. Broken down by holiday, those figures rise for more active trips including walking holidays (64 per cent) and African safaris (60 per cent).

“Travelling solo has lost much of the lonely hearts stigma it once carried, ” says Winston. "Not everyone holidaying alone is single, with more women leaving husbands and partners at home as they tick items off their bucket lists.”

To meet the demand for solo holidays, holiday companies are now offering incentives to attract single travellers, including dedicated solo travel holidays and the scrapping of the single supplement, a premium charged to people who take a room alone.

You may be interested 60th wedding Anniversary Party Ideas for Parents

Caribtours is offering single rooms at the five-star Coral Reef Club hotel in Barbados, and are supporters of the BodyHoliday experience in St Lucia that has a number of single rooms with no single supplement.

Ellen Simpson, marketing manager of Caribtours, said: “Single travellers are encouraged and there are group tables where singles can join other singles for lunch and dinner.”

“When my husband died in 2006, a couple of years later I realised that I was definitely travelling on my own now, ” she said.

“I looked at travelling options online and found it was very commercial - it seemed to be mostly trying to hook people up! I saw a need for a personal voice and personal experience, so I started my blog in 2009."

Here are her top tips for female solo travellers:

- Be patient - it takes a day or so to settle in to any new destination solo.

- Pack light so that you can manage all your things easily.

- Book your first night's accommodation at minimum and arrive well before dark so that you can make a change if you wish.

- Dress according to your destination. Go with at least two pairs of shoes that you know are comfortable for walking.

- Leave a note of where you're going in your room each day or evening and carry the card of your hotel with you so that you always find your way home easily - even if you can't tell the driver where it is in their own language.

Ability to travel independently means you are able to provide your own means of transportation, whether it's car or plane!

RT @nealcol: Are there any independent journalists travelling with @bafanabafana? @eNCA @SAFA_net Anybody? Wed, 7 October 2015 06:35 AM