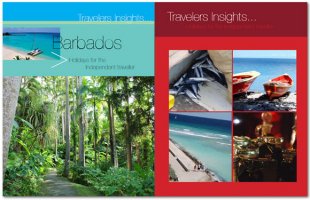 We are pleased to announce that the new issue of TravelersInsights magazine is all about Barbados vacations for the independent-minded traveler.

This is a beautiful issue of TravelersInsights covering aspects of what an independent lifestyle holiday is. As more and more travellers are looking for an authentic and personal experience, the magazine is sure to hit a cord with many.

Included in this issue are stories of mystery and intrigue surrounding St. Nicholas Abbey and featuring it as a premier historic and heritage attraction in Barbados. Also covered are stories on the colorful early history of Barbados when it was discovered and settled by the British, who it seems were the only ones to appreciate it as it was passed over by the Spanish, French and Dutch for all of its early history.

The story suggests that the early founder may have been misinformed about the real value of Barbados, but as it turns out his advisers were right. The island went on to become one of the richest exporters of sugar and rum. 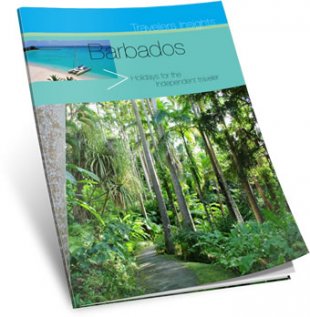 This issue also features an island tour by a couple of discerning travelers who end up at Six Men’s Bay Fish Market chatting with Sarge who helps them with recipes and suggestions for the fish they bought for dinner, which he cleans and prepares for them.

The main focus of the issue is, of course, independent holiday living. For this, Settlers Beach Villa Hotel Resort, on the prestigious West Coast, offers a spectacular package with an unprecedented discount. This luxury accommodation, in the neighborhood of some of the world’s greatest hotels – the Sandy Lane and the Coral Reef – is now affordable to anyone of reasonable means and is ideal for families, children and for a romantic escape. With a discount starting at 55%, it’s perfect for budget-conscious vacationers who love a deal as much as they love to live in style and freedom.

The magazine is an easy, fun read, full of color and images of Barbados Holidays – from horses on beaches to heritage tours and island adventures for the discerning traveler.

How Holidays for Independent Travelers are Unique & Personal

Travelersinsights: Barbados Holidays for the Independent ...