A Little Thought…On Why I Left to Travel, How I Pay for It, and How to Work as an Expat 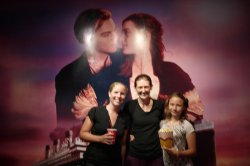 Mythology and story, new cultures and finding just the right way to describe what it feels like to watch a new day begin as the the sun warms the streets of an unknown city…these are the things I usually think about when writing new posts. ?

Since many people won’t make it on a rickety bus rocketing through the dry deserts of India, I share that with words and photos. It’s those travel moments that compelled me to keep up travel blogging–the want to share the experiences and the stories along the way.

What I rarely talk about, though, is a bit less glamorous and a lot more personal. More pointedly my work. I’ve mentioned my work a handful of times, but not in much detail. 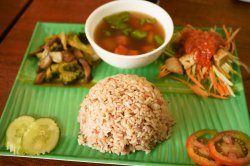 And I don’t do this for the mysterious factor (seriously, I am not that interesting) but because the topic rarely crops up outside of the emails I receive a few times a month from questioning travelers wondering how the heck I afford nearly four years of travel (and how they can do the same).

Now, I finally decided I have something to say to the countless travelers and dreamers asking me how to go digital, how to work online and build their dream lifestyle.

I drafted this post in back in April, when my niece and I stayed with Anna Jura, a traveling expat friend living in Phnom Penh, Cambodia who works in the public health sector and navigates the ins and outs of finding expat work abroad. As an aside, having Anna (my friend) and Ana (my niece) share names made for a fun week of confusion and I often elicited raised eyebrows pointed in my direction since the dynamics of talking to an 11-year-old are a far-cry different from talking to another adult! :)

Anyways, Anna opened her door to us with a spare bedroom, opened her evenings to us with wandering rants about local Cambodian politics and culture, and with enthusiasm she showed us the tastier eats around her city.

More than that though, she showed me what it is like to truly work abroad an expat in a city you’re in because you like both the city and your work.

How To Get Work Done While Traveling

@tylertringas should be something for everybody that wants to travel and work remotely and learn about it and meet others online and irl Wed, 7 October 2015 03:21 AM