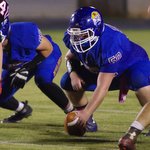 The Traveler was going to be honored at the Annual South Carolina Scholastic Press Association Fall Conference at The University of South Carolina; however, due to the inclement weather from the weekend, the conference was postponed. 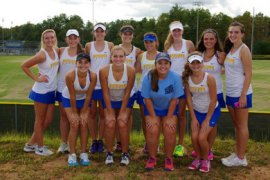 The Peach Blossom AAA Region game between Travelers Rest and Southside (5-1, 2-1) began early due to inclement weather Friday night, but the Tigers didn’t show up to play until the second half.

Travelers Rest (3-3, 0-3) opened the scoring with a touchdown pass from Dylan Scrugg to Bo McKinley. Devildogs senior tailback Xavier Terry, who entered the game with 970 yards rushing and 14 touchdowns, was kept quiet in the opening quarter. Terry began the second quarter with a 19-yard touchdown run up the middle.

All photos in the galleries are copyrighted. Please do not upload the photos to other sites. For permission to use a photo please contact us using the Contact Webmaster link at the bottom of this page.

Does anyone live in Travelers Rest SC? | Yahoo Answers

@saraorozco, thanks for using #TravelersRestHere, but we really like to keep it for folks who are enjoying Travelers Rest, SC. ;) Mon, 12 October 2015 04:59 PM