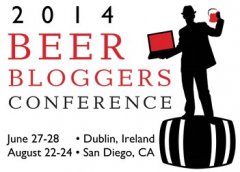 The first State of Beer Blogging survey was conducted in February and March of 2013 by Zephyr Adventures, organizer of the Beer Bloggers Conference. 260 beer bloggers completed a 32-question online survey and the results are presented below.

The respondents of the 2013 State of Beer Blogging survey were primarily Citizen Bloggers (85%) with a minority of Entrepreneurial Bloggers promoting their own company (8%) and the remainder connected to breweries or other businesses (7%). Based on the respondents, beer bloggers tend to be from the United States (70%), male (82%), between the ages of 25 and 44 (75%), and either married or living with a significant other (79%). 41% are parents and 93% are employed or self-employed full or part time. 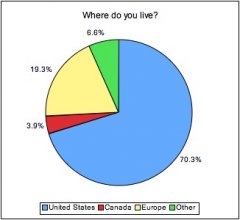 Just slightly over half of respondents at 50.4% have no background related to beer blogging while the other half have some related experience. Interestingly, of those who do have relevant experience, this is as likely to be in the fields of marketing, writing, and editing as in the beer industry.

Part II: The Motivation to Blog

When asked, “Why do you blog?”, 89.1% of respondents replied “Beer is my passion.” Four additional answers that drew heavy response included:

Passion for beer is by far the most motivating factor driving beer bloggers. Most bloggers do what they do simply because they love good beer. 30.4% hope to turn their blog into a job and only 8.9% who hope to monetize their blog, which is a realistic message many Beer Bloggers Conference attendees have heard over the years: bloggers are not likely to monetize their blog but are likely to gain skills and a reputation that are directly transferable to the beer industry. 8.2% are blogging to promote their own business and 7.8% who blog to promote a brewery or other business, reflecting that most survey respondents are "Citizen Bloggers" rather than entrepreneurial or corporate bloggers.

When asked how bloggers track the success of their blog, the primary answer was simply “personal satisfaction”. Ultimately, a successful beer blog is one that makes a blogger happy. Other items to note:

Part III: The Blogs Themselves

A total of 55% of beer bloggers have been blogging between one and four years with just over 30% blogging for more than four years. This means a full 85% of respondents have at least one year of experience and only 15% have been blogging for less than one year.
When asked to characterize their blog, there was relative equality between the various types of subjects covered in a beer blog. Brewery stories, beer travel stories, beer reviews, and coverage of the beer industry are all covered in most beer blogs. Beer & food pairing are covered in 51.6% of blogs, and only 13.2% of beer blogs post about spirits. Interestingly, 28% of beer bloggers do not even review beers on their blog and most include other subjects - an important part of making a beer blog interesting to readers. 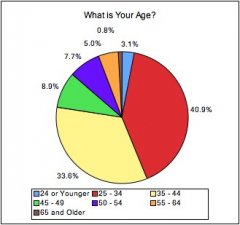 Google Plus, Pinterest, YouTube, and LinkedIn all lag behind, with Google Plus drawing a strong reaction for the least effective platform.
With regard to Twitter and Facebook, the effectiveness of the platform ties into the number of followers/fans on the platform. Beer Bloggers have an average of 1867 Twitter followers and 1187 Facebook fans. The data below is presented without a minor number of statistical “outliers”, those with significant more followers in a certain area then their peers. For example, one blogger reported having 231, 644 Twitter followers; the next highest count was 46, 000.
Part V: Traffic and Profitability
TrafficThe average number of unique visitors per month to beer blogs is over 5, 665. This number should be used with care, since each blogger might be getting numbers from different sources and with varying degrees of accuracy. Furthermore, the numbers are skewed because of some very low numbers and some very popular blogs, with a range of five visitors per month to 200, 000. The median number of unique visitors per month is 1, 000.
Profitability
73.4% of respondents said they do not make any money at all from their beer blog and another 21.1% make less than $200 per month. Clearly, most beer bloggers are not doing this for the income they receive and many do not even attempt to monetize their blogs. Only 1.2% of beer bloggers are making anything close to an annual salary (over $2, 000 per month).
Of those who do make some money from their blogs, the most successful method is obtaining paid writing gigs. Consulting on beer or social media and direct ad sales are somewhat successful. Other traditional ways to monetize a blog such ad networks (Google AdWords), affiliate marketing, and sponsored posts do not have great rates of success for the beer blogger. This shows that often the most successful way to monetize a blog is to leverage a blog’s credibility and a blogger's newfound skills to create off-blog sources of revenue (like writing or consulting) or, as indicated earlier, to move from blog to industry job.
Part VI: What Has Changed in Beer Blogging
We asked a general question: What has changed since you first started blogging?