Tips on Traveling in Germany 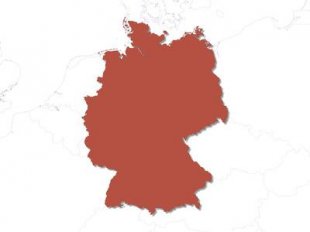 Map of Germany (Photo: map of germany image by Goran Bogicevic from Fotolia.com )

Germany, known for its cutting-edge engineering and boisterous festivals, attracted 24.9 million visitors in 2008, according to the January 2009 "UNTWO World Tourism Barometer." Numbers like these make Germany one of the top destinations in all of Europe. From the bustling streets of Berlin and Hamburg to the sprawling valleys and hills of Bavaria, Germany offers many options for travelers.

Berlin is the capital of Germany, situated in the northeastern corner of the country. The city is home to world-class museums and a vibrant nightlife scene featuring some of the best techno-oriented clubs on the continent.

The city of Dresden sits along the Elbe River and features grand baroque architecture and four nature reserves in the surrounding Dresden-Elbe Valley.

Farther south on the Rhine River lies the city of Cologne, renowned for its Dom Cathedral. This Gothic structure dominates the skyline along with the Great St. Martin Church in the old quarter of the city center.

Germany's largest and southernmost state, Bavaria, features beautiful natural scenery. Alpine peaks and lush forests define the region, along with a reputation for hearty food and drink. Munich, the main city of Bavaria, is known for its traditional beer halls and wild annual Oktoberfest celebrations. Neuschwanstein Castle, one of the most famous tourist attractions in Germany, resembles something from a fairy tale and is perched on a mountain overlooking scenic valleys.