Is it safe to travel to Colombia 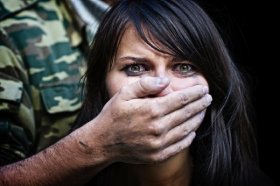 Colombia, the South American country with a frightening reputation for warring drug barons and - thanks to Russell Crowe and Meg Ryan – kidnapping, is surprisingly a hot new destination for backpacking.

So is it safe?

WorldNomads.com travel safety specialist Phil Sylvester put on his journalist‘s hat (it‘s a trilby with a card in the band that says PRESS) and did some investigating. No judgment about the beauty of the scenery, the friendliness of the people or the charm of the culture, all of which we're assured are top notch.

Colombia is not as bad as it once was, but you need to use common sense and caution to stay safe.

The number of kidnappings is down hugely from a few years ago, but there's been a surge in 2010, 25% more than the same time last year.

3 foreign tourists were among the 146 people kidnapped (for ransom) so far this year. They've since been released.

The south of the country is especially dangerous and many foreign governments recommend against any travel to that region because of the risk of kidnap or being caught in the crossfire of a drug war.

The US State department reissued its warning that it considers Colombia "dangerous" in March 2010 and said: "...violence by narco-terrorist groups continues to affect some rural areas as well as large cities."

It recommends you Reconsider Your Need To Travel to: provinces of Cesar, La Guajira and Antioquia (excluding Medellin), the cities of Cali and Popayan, and most rural areas of Colombia, as a whole it says Exercise A High Degree of Caution. (It says the same thing about Brazil.)

In February 2010 the French government declared parts of Colombia to be "safe": adding Santa Marta, Barranquilla, Bogota, Tunja, Bucaramanga, as well as the Zona Cafetero departments of Quindio, Risaralda and Caldas to Cartagena and San Andres as destinations approved for travel.

Traveller forums (people who've actually been there - this year) overwhelmingly rave about the place; they say it's beautiful and it's safer than other South American countries. as long as you stick to the popular tourist destinations.

Which seems to be the key: Going off the beaten path might not be the best idea, and when you're in the cities ask locals or other travellers which areas to avoid.

The city of Cali continues to be troublesome and best avoided, as are most rural areas, and the whole of the south.

Traveling Across Colombia: Highlights for Visitors

Medellin Colombia Apartments what $900. will get you

Happy BuddHA in Medellin Colombia Be SAFE and have FUN at ...