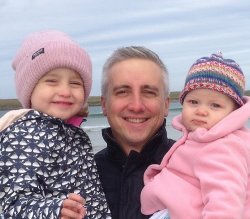 June, 2015, will go down as a big month here at Travelzoo. Not only did we unveil the brand-new blog that you’re looking at right now, but we also launched our first ever TV advertising campaign in Europe.

This new ad is built around the concept of the “Travelzoo Feeling” – that feeling you get when all your holiday plans come together perfectly. It’s the moment you feel the sand beneath your feet, take a sip of your first mojito at the poolside bar, or take in the sea views from your upgraded room. It’s your own personal holiday victory dance.

In the case of our characters in the advert, the feeling is so strong that it cannot be contained, and comes out in a spontaneous, unselfconscious explosion of totally joyful silliness. Click below now to see what we mean.

The director of the advert is Remy Cayuela, a young comedy director from Paris with string of awards to his name, most notably last year’s Young Director Award (Music Video) at Cannes Lions.

The voiceover artist is John Lloyd, an award-winning British television producer and writer best known for his work on iconic UK comedy shows such as “Blackadder”, “QI” and “Spitting Image”.

The UK ad will premiere on Sunday, 21 June, during Kevin McCloud’s “Escape to the Wild” series and will also be shown during the premiere of “True Detective” series 2.

Now we want to see your #Travelzoo Feeling

We will be running a competition across social media until the end of July using the hashtag #TravelzooFeeling – submit a photo or video of you that captures your “Travelzoo Feeling”, and the best entry will be awarded any Top 20 deal. for more info.