Travel as a Political Act

How to Travel as a Political Act

There's more to traveling than just lounging on a cruise ship.

Excerpted from Rick Steves Travel as a Political Act(Second Edition) by Rick Steves, with permission from Avalon Travel, a member of the Perseus Books Group. Copyright © 2015.

As an idealistic young adult, I struggled with what I’d do with my one life. I wanted to work hard at something worthwhile and contribute to society. I wondered if it was really noble to teach wealthy Americans to travel. As a child, my earliest image of “travel” was of rich Americans on fancy white cruise ships in the Caribbean, throwing coins off the deck so they could photograph what they called the “little dark kids” jumping in after them. They’d take these photos home as souvenirs of their relative affluence. That was not the kind of travel I wanted to promote.

Even today, remnants of that notion of travel persist. I believe that for many Americans, traveling still means seeing if you can eat five meals a day and still snorkel when you get into port. When I say that at a cruise convention, people fidget nervously. But I’m not condemning cruise vacations. I’m simply saying I don’t consider that activity “travel.” It’s hedonism. (And I don’t say that in a judgmental way, either. I’ve got no problem with hedonism…after all, I’m a Lutheran.) Rather than accentuate the difference between “us” and “them, ” I believe travel should bring us together. If I’m evangelical about the value of travel, it’s the thoughtful and challenging kind of travel—less caloric perhaps…but certainly much more broadening. 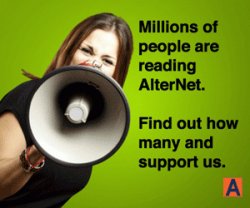 And so, since that first trip back in 1969, I’ve spent a third of my life overseas, living out of a backpack, talking to people who see things differently than me. It makes me a little bit of an odd duck.

For the last 35 years, I’ve taught people how to travel. I focus mostly on the logistics: finding the right hotel, avoiding long lines, sampling local delicacies, and catching the train on time. But that’s not why we travel. We travel to have enlightening experiences, to meet inspirational people, to be stimulated, to learn, and to grow.

Travel has taught me the fun in having my cultural furniture rearranged and my ethnocentric self-assuredness walloped. It has humbled me, enriched my life, and tuned me in to a rapidly changing world. And for that, I am thankful.

I’m a travel writer. According to conventional wisdom, injecting politics into your travel writing is not good for business. Isn’t travel, after all, a form of recreational escapism? Yes…but it can be much more.

Travel as a Political Act, with a European Take on America ...

What is an act of politeness to another individual?

Saying G'Day Champ!
Hows it going?
It always manages to make someones day.
Answer: It boils down to just simple respect with no regard for the other person's station in life; treating others how you would want them to treat you.

RT @MyBabeCanNot: My girl not allowed to go on vacation. She wanna travel? She better pick up a basketball and walk around the house. Wed, 14 October 2015 01:42 AM