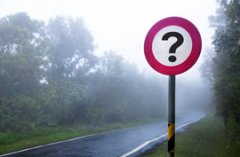 These days, you're probably not planning a trip to Iraq or Afghanistan - the United States and other developed nations are currently advising citizens against all non-essential travel to these countries. But a government travel warning doesn't necessarily mean that it's a bad idea to plan a trip to a particular part of the world. In fact, within the past few years the governments of the U.S., Canada and the U.K. have also released warnings about the following countries: Thailand, Mexico, China, India and the United States. 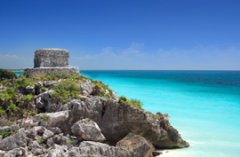 All of these are popular tourist destinations (if not home!). But before you decide to avoid these countries altogether - or to move to Canada - it's worth taking a closer look at what a government's travel advisories mean, why they're released and how to evaluate them.

Governments issue warnings to let their citizens know about safety concerns that may affect travel to a particular country or region. In the United States, warnings are issued by the State Department.

Travel advisories are released for a variety of reasons, including terrorism, natural disasters, political unrest, wars, health emergencies and outbreaks of crime. Warnings may also cover areas of the world where a government does not have the ability to respond to the problems of citizens traveling there - for example, if the government doesn't have an embassy in a particular country, or if the functioning of its embassy is threatened by local violence.

Many governments make a distinction between long- and short-term travel advisories. The U.S. State Department issues travel warnings for ongoing problems such as civil wars and unstable governments, while travel alerts cover temporary issues such as natural disasters or election-related demonstrations.

A travel advisory - no matter how strongly worded - cannot legally stop you from traveling to a particular place. After reading an advisory, it is up to you to decide whether to heed or ignore the advice. While your government will try to help you if you run into trouble abroad, you will always be traveling at your own risk.

@PatriotNation10 Not one Muslim country is safe and stable.. all have government travel warnings.. Sun, 11 October 2015 10:32 PM