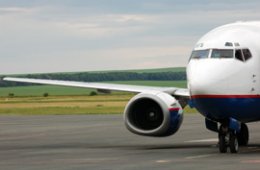 Three hours. Under a new federal law that went into effect April 29, 2010, that is the longest you will ever spend stranded on a plane without food, water or the ability simply to get off the plane.

The morning I am writing this, the Department of Transportation put into effect what many travelers and industry folks call an airline passenger rights bill. Among several other new rules, airlines must now provide snacks and "potable" (drinkable) water, as well as a clean lavatory, to passengers who are stranded for more than two hours; passengers stranded for more than three hours must be offered an opportunity to get off the plane. Failure to comply will result in monetary compensation to the affected travelers as well as stiff fines due the government.

The penalties are formidable. With fines set at $27, 000 per stranded passenger, a heavily booked 777 with 300 passengers onboard could add up to $8, 250, 000 - you read that right, $8.25 million (although I believe the fines are capped at around $3 million, still a serious chunk of change). Those kinds of numbers terrify airlines that are both hurting financially and not entirely on top of things logistically.

The rules apply only to domestic flights; international flights are not affected due in part to the DOT's incomplete control over foreign airport rules and management. Some more components of the legislation (which you can read in full, or in a much more readable FAQ form):

Are these kinds of penalties warranted? I think they are - mainly because the airlines have clear rules on how to avoid the penalties: feed us after two hours, let us off after three and make sure the toilets work. They owe it to travelers to be able to adhere to those rules.

Most of us understand that the airlines are struggling financially, and that the logistical challenges of making all this happen are formidable. However, there are no business conditions or logistical challenges that justify regular three-, four-, eight-hour strandings of passengers inside an airplane. This is made all the worse by the fact that airline staff and planes are not equipped during these episodes to deal with basic human needs - which are, in the simplest terms, food, water, oxygen, access to medical attention if needed and some kind of functional plumbing. We're not talking about opening the bar, as this guy said.

How Bill and Ted Got Time Travel Right! - io9: We Come ...
Related Posts