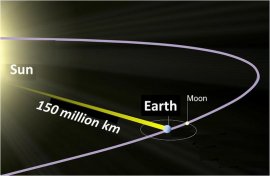 Stars other than our sun are so far distant that astronomers refer to their distances not in terms of kilometers or miles – but in light-years.

Light is the fastest-moving stuff in the universe. It travels at an incredible 300, 000 kilometers (186, 000 miles) per second. That’s very fast. If you could travel at the speed of light, you would be able to circle the Earth’s equator about 7.5 times in just one second! 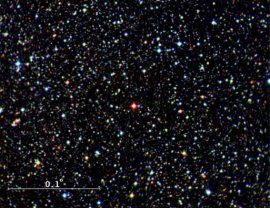 Few of us can comprehend such a humongous number. Is there any way for us mere mortals to really understand how far a light-year is?

As a matter of fact, there is. The 20th century astronomer Robert Burnham Jr. – author of Burnham’s Celestial Handbook – devised an ingenious way to portray the distance of one light-year. He did this by relating the light-year to the – the Earth-sun distance. 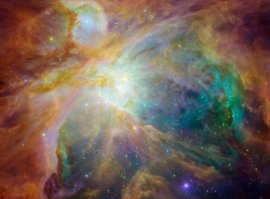 Scaling the astronomical unit at one inch, here are distances to various stars, star clusters and galaxies:

How Big is 1 Light Year?